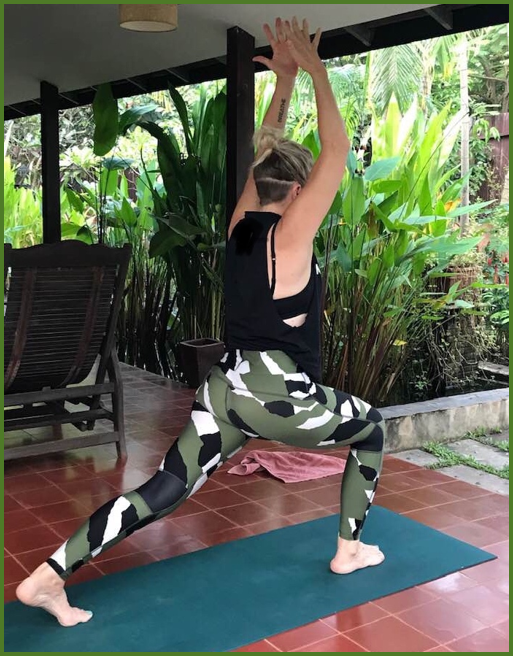 From her early adult years, Maureen has always had a keen interest in exploring movement, anatomy, philosophy and spiritual enrichment. In her early twenties she found a passion for a  Japanese Martial Art that introduced her to Traditional Chinese medicine, meditation, Reiki and Neuro Linguistic Programming (NLP). Teaching was a natural progression and she operated a studio in Surry Hills, Sydney for 10 years.

After having children she continued her love of movement and staying fit but felt “something was missing”. She dabbled with attending various yoga classes in the last 10 years, but after becoming injured with back and knee issues she commenced a regular practice. Hatha and Restorative yoga were her predominant styles of yoga classes, until being introduced to Hot Vinyasa and Yin which really cemented her love of all things yoga. The breath, movement, philosophy and self-enquiry ignited a desire to continue learning. This led to completing a 420hr Diploma in Yoga Teacher Training at Qi Yoga, Sydney under the tutelage of Mark O’Brien and Joan Miller.

Maureen believes in supporting her students in a holistic manner and encouraging them to be authentic to themselves and follow their own journey.